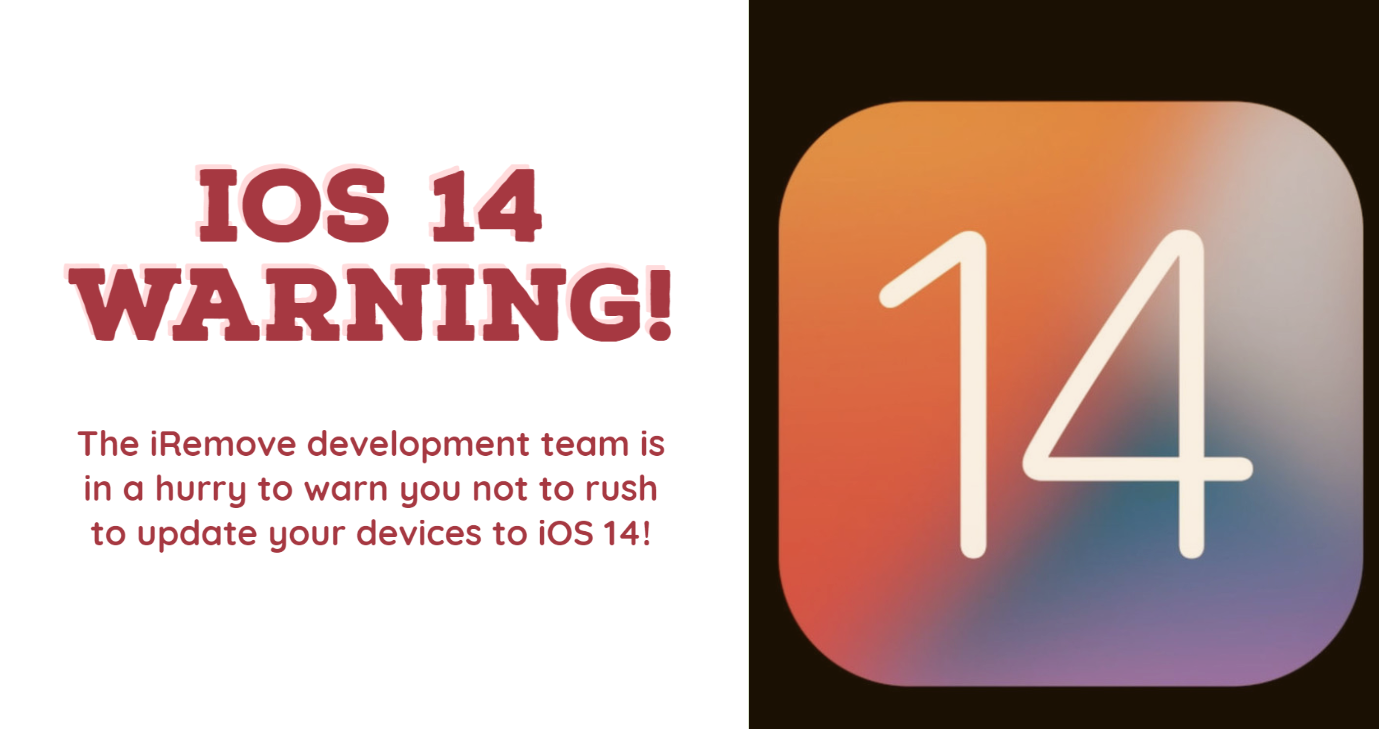 The iRemove development team is in a hurry to warn you do not rush to update your devices to iOS 14!

iOS 14 was announced at WWDC 2020 on 22 June, but Apple didn't say when it would be officially launched saying only that it would be this autumn. However, based on previous years we cautiously expect Apple to release iOS 14 to the public between 16 and 18 September 2020.

We want to inform you that the program uses the exploit which is built into the CheckRa1n jailbreak. With the release of the new CheckRa1n for iOS 14, we will add iOS 14 support to iRemove Software and notify you of the update immediately! ⚡️

Stay on top of software updates, news, discounts, and more!