How to Unlock iCloud Activation Lock 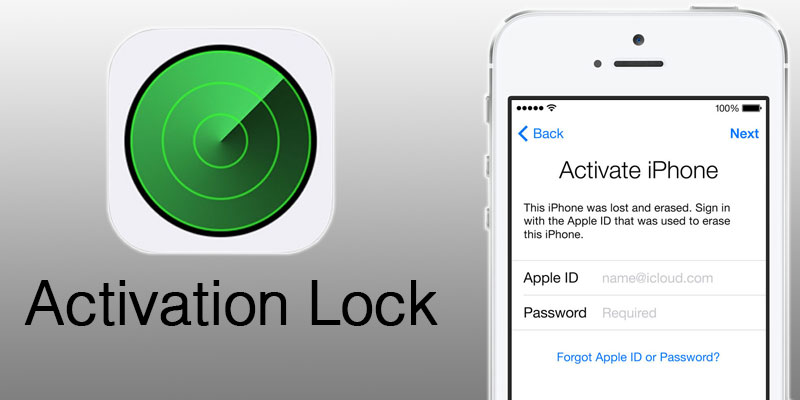 Apple and Google companies have received letters from New York police officer Eric Schneiderman. In his messages, the policeman pointed out that companies should pay more attention to the safety of mobile devices, and not the security of data stored on these phones.

Apple took these into account and introduced a new feature called iCloud Activation Lock, and equipped iOS7 with Activation Lock. Now thanks to iCloud Activation Lock, the stolen iPhone, iPod touch and iPad will be completely blocked, preventing device hacking by criminals. Before the introduction of such a function, Apple has developed Find My iPhone function. But the disadvantage of this service was that the device could be hacked using ordinary flashing.

Start with iOS7 (and all next iOS versions) with iCloud Activation Lock function, phones/tablets stealing is simply useless, because without knowing personal Apple ID and user password, thieves will not be able to unlock the mobile device. This makes upgrades to iOS7 and all next iOS versions more secure. Even after theft, your mobile device, in fact, will only belong to you, since no one will know your personal ID and password, and hence no one will be able to use a hacked gadget. 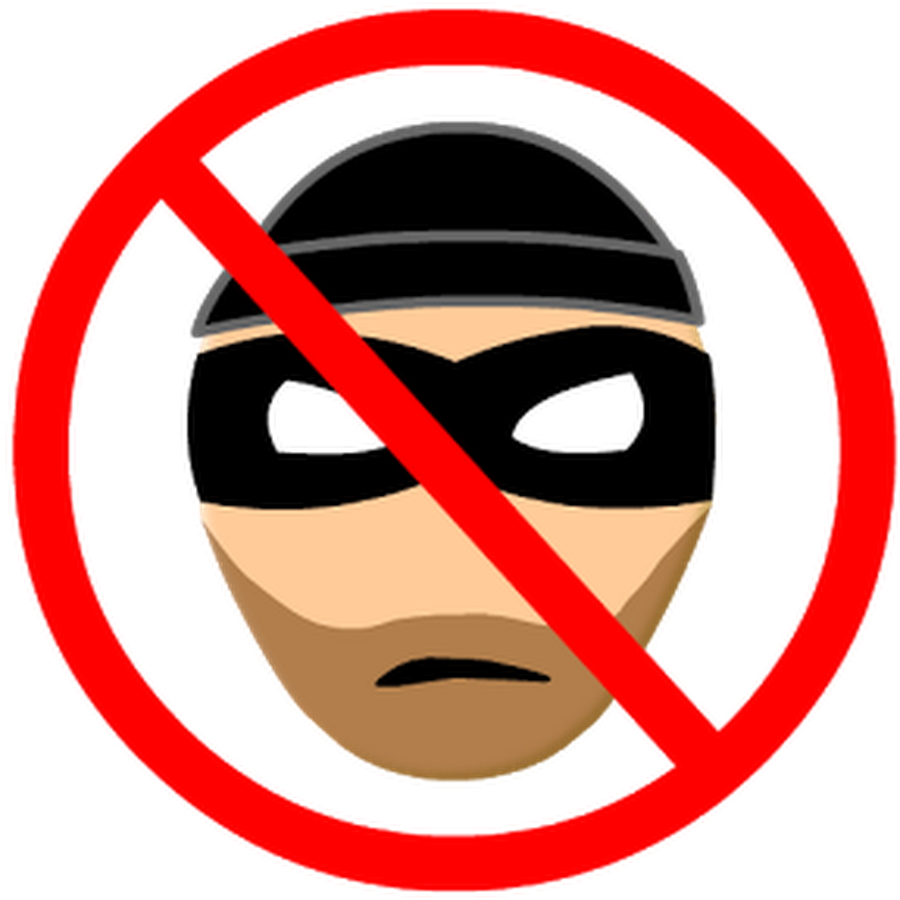 How to unlock iCloud Activation Lock

The most popular method of how to unlock iCloud Activation Lock is to contact Apple support. If you want company’s specialists to unlock your gadget, you should do the following steps:

If something goes wrong you must have documents confirming the purchase of the device from the official retailer. 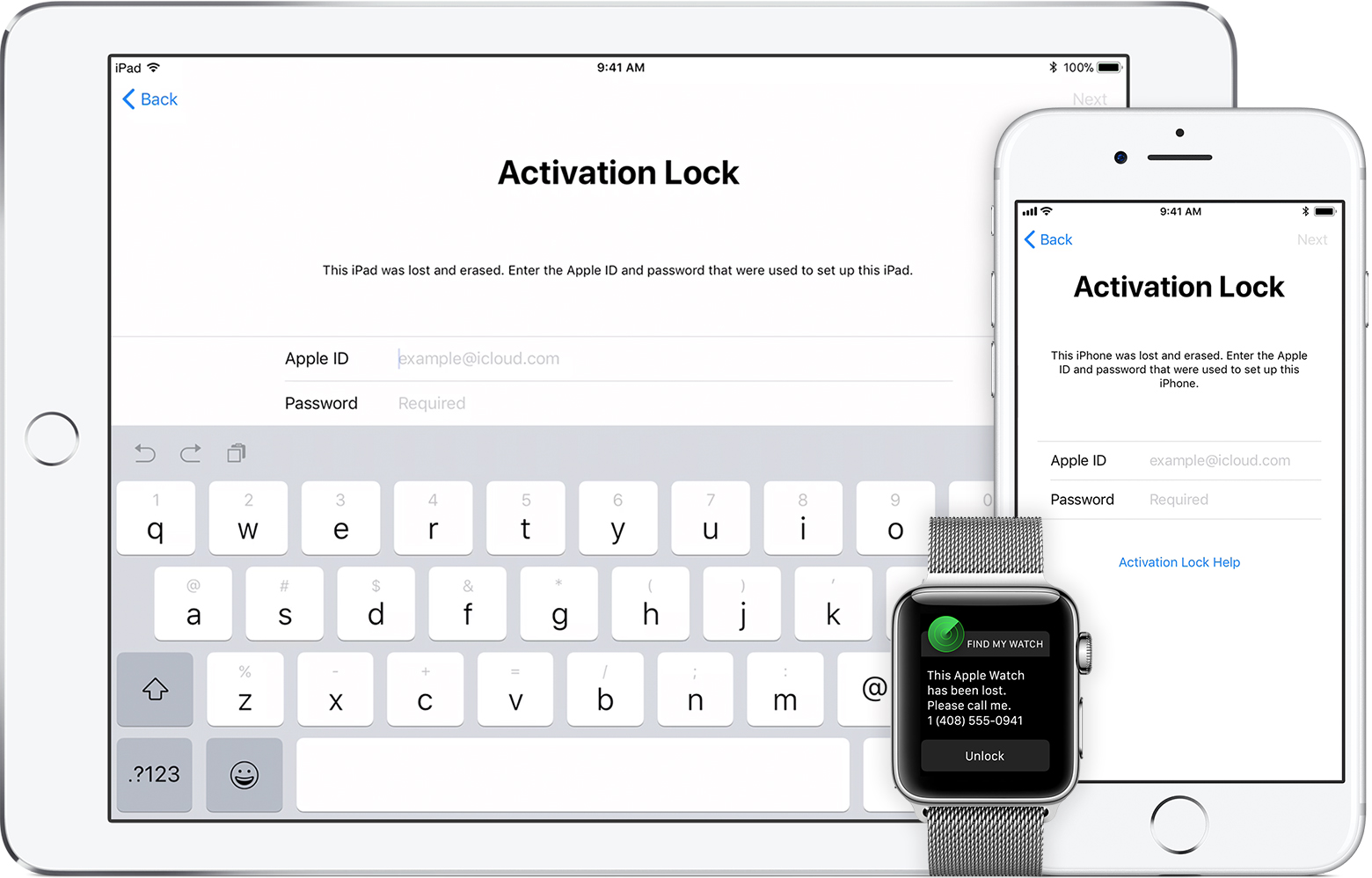 But what should you do if you, for example, lost your receipt a long time ago or do not remember answers to secret questions? In these cases, Unofficial Methods may be necessary.

One of such Unofficial Methods can be cheque abuse. Before using such method try to get receipt of purchase officially. You can go to store, where you have bought Apple device and ask them for a receipt copy. However, it works only if you used your credit card when purchasing iPhone or iPad.

If you after all, want to abuse cheque you should find similar receipt and try to falsify it. You should also REMEMBER that this method is only for last resort.

There is also another method and this method is widely spread among SCAMMERS! It is ILLIGAL! However, you should be aware of it not to become a victim of fraud. This illegal method is called Fishing.

Fishing is a type of Internet fraud, the purpose of which is to gain access to confidential user data – logins and passwords. This is achieved by mass mailing emails on behalf of popular brands, as well as personal messages within various services, for example, on behalf of banks or within social networks. The letter often contains a direct link to a website that is indistinguishable from the real. After the user enters the fake page, scammers try to encourage the user to enter their login and password on the fake page, which they use to access a certain site, which allows scammers to access their accounts and bank accounts.

Fishing is one of the forms of social engineering based on the users’ ignorance of the basics of network security: in particular, many users do not know the simple fact: services do not send out letters with requests to provide their credentials, password and so on.

There can also be phone calls. Scammers introduced themselves as Apple company and ask you to give them your personal data. Please, remember, that Apple company NEVER calls its users on phone! NEVER! Don’t let anything happen to you and be aware of such fraud!

iCloud Activation Lock feature is designed to fight crime and, in fact, makes iPhone/iPad theft meaningless, however, there is also the other side of the coin. The main disadvantage of this technology is the process irreversibility – in case that user blocks the device activation and forgets Apple ID’ password (as well as the keys to password recovery), then no one else will be able to restore access to the smartphone or tablet – the gadget will turn into useless construction, suitable only for cracking nuts. It would seem that the solution to the problem is obvious – to store password in a safe place, however, even in this case, problems are possible.

For example, when device owner and user are different people (legal entity and employee, husband and wife, etc.). Do not also forget about the hackers who can hack and change the Apple ID password, and then what? Another common situation in which iCloud Activation Lock can harm a user is the purchase of a second-hand device. Imagine that you purchased iPhone via online auction or simply by an announcement and decided to “reflash” the device. In this case, you will need to enter the Apple ID of the previous owner, which you can hardly find out.

How to Bypass MDM activation Screen

How to Unlock iPhone via iRemove Tools

How to Unlock iPhone via iRemove Tools