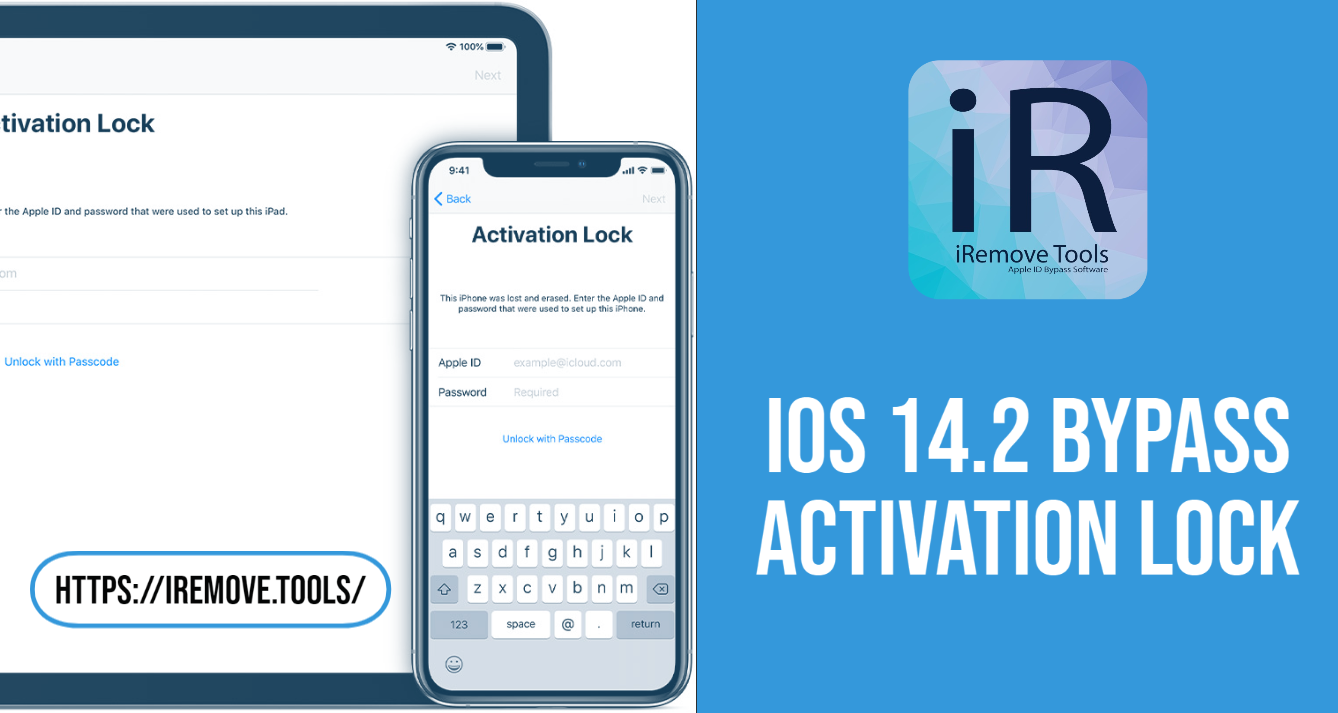 The latest iOS 14.2 version was just released, which is only 2 weeks after the release of iOS 14.1. Nevertheless, iRemove Software already supports iOS 14.2 and is ready to bypass iCloud Activation Lock Screen on iPhones and iPads running on iOS 14.2.

How to Bypass iCloud Activation Lock Screen on iPhone or iPad on iOS 14.2

iRemove Software is a reliable solution for Activation Lock Screen bypassing on iPhone and iPads running on iOS 12.3 – 14.2. This software is very easy to use and you’ll remove iCloud Activation Lock Screen from your Apple device just in 1 click. Once the bypassing process is complete, you can use your own Apple ID on your unlocked iPhone or iPad.

You don’t need any special training or knowledge to use iRemove Software as its on-screen guide will take you through each step of the Activation Lock Screen removal process. The entire process includes three simple steps:

Use iRemove Software to bypass iCloud Activation Lock Screen on iOS 14.2 iPhone or iPad and use your restrictions free device with your own Apple ID!

As usual, the latest released iOS version 14.2 contains improvements for work of iPhones and iPads and bugs fixing. Along with that, Apple also added some new features and traditionally added new characters for Emoji fans. So, let’s review the new features Apple offered to their users in iOS 14.2.

iOS 14.2 offers 8 new wallpapers for both dark and light modes. Users can choose realistic or artistic scenes to make their iPhones more personalized.

Intercom became a new feature introduced in iOS 14.2. It makes it possible to exchange voice messages using HomePod, HomePod mini, iPhone, iPad, Apple Watch, AirPods, and CarPlay. Intercom can be activated by saying “Hey Siri, Intercom” and saying your message. It can be used even if you are not home.

Apple redesigned Now Playing Widget in the Control Center. Now it can list recently played albums when music is not playing. The AirPlay received a new design too. It makes playing music across AirPlay 2-compatible devices at the same time easier.

The icon was changed a bit. Now the Apple Watch band on it looks like one of the new Solo Loop bands designed for Apple Watch Series 6 and SE.

This feature was added for visually impaired users in the Magnifier app. People Detection uses an iPhone camera and notifies a user how far other people are. It is a useful tool in regards to social distancing during the pandemic.

Apple Card feature was updated and now it provides a yearly spending history on iOS 14.2. Earlier versions were limited to a weekly or monthly history.

Stay on top of software updates, news, discounts, and more!